The 50 Most Memorable Moments in WVU Coliseum History

For those of you too young to remember, New York Knicks forward Willis Reed suffered a muscle tear in his right thigh during game five of the 1970 NBA Finals against the Los Angeles Lakers and sat out New York's game-six loss.

During pregame warmups before game seven at Madison Square Garden, Reed famously hobbled onto the floor and hit two jumps shots early in the game before retiring to the bench. His teammates got such an emotional rush from his brief appearance that they went on to defeat the Lakers 113-99 without their captain to win the series.

The seven-time NBA All-Star and 50th anniversary all-time team member was inducted into the Naismith Basketball Hall of Fame in 1982, but Reed will forever be remembered for that one courageous moment on May 7, 1970.

The Newark, New Jersey, resident suffered a severely sprained ankle the day before in practice and had to be helped to the training room by his teammates.

"I had a bunch of sprained ankles but this one was different because I had to be carried off the court," Butler recalled recently. "It hurt so bad."

Immediately, WVU athletic trainer Randy Meador began icing Butler's ankle – 20 minutes on, 20 minutes off. Butler said they did this throughout the men's practice, the women's practice that followed and even during the time the volleyball team was on the floor for its offseason workouts.

He remembered watching them all through the window in the training room.

"I think I stayed until like 10 o'clock that night," Butler recalled.

The Villanova game was scheduled for the next evening, a Friday night, and the way Butler's class schedule was set up he had Fridays off. So he got to the training room at 7 a.m. Friday morning and repeated what he did the day before – 20 minutes on, 20 minutes off.

By early afternoon Butler was still pessimistic about playing.

"My ankle was killing me – bruised and black and blue – and I remembered Huggs saying all the time, ‘If you've got an injury and you are not taking care of it are you really doing the best you can to get back to the team?'" Butler said.

He tried to go out for the pregame walkthrough, which is a Bob Huggins must if a player wants to play. Butler couldn't go, so he went back into the training room and continued getting treatment hoping for two miracles – one, being healthy enough to play and two, talking his way into the game!

More realistically, Butler's hope was to get his ankle to the point where he could at least put on a uniform and sit on the bench.

In the meantime, Huggins ran into Villanova coach Jay Wright as his team was taking the floor to begin its pregame walkthrough and Wright mentioned to Huggins that he thought Butler would get at least 25 points the way his guys were playing defense.

"Well, that's not going to happen, Jay, because he turned his ankle in practice yesterday and he's not going to be able to go tonight," Huggins told him.

That's where they left it. 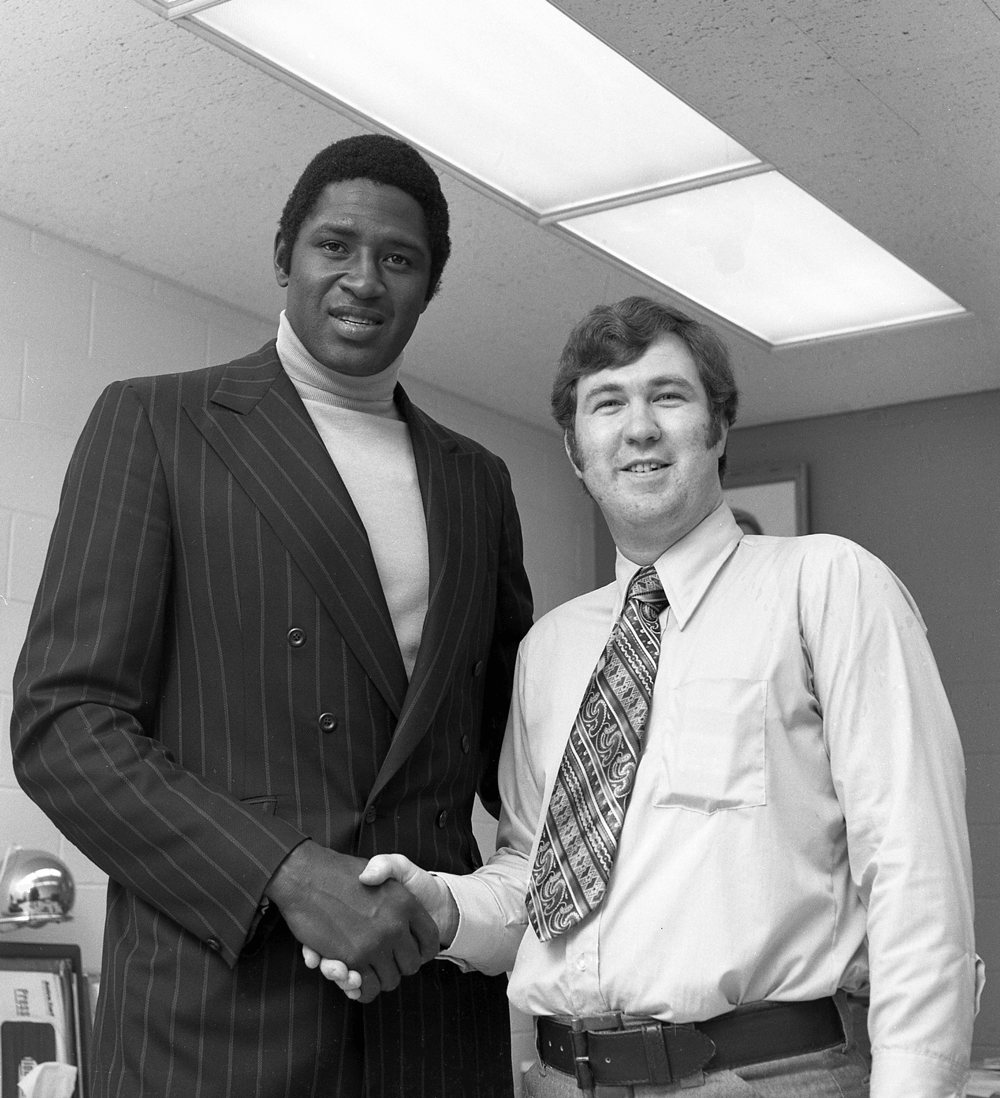 "I had a bunch of sprained ankles but this one was different because I had to be carried off the court."

About a couple hours before game time, when the players were on the floor getting up some shots, Butler decided to get dressed and give his ankle a try.

"I went out there, and I was moving a little bit better," Butler recalled.

Huggins saw Da'Sean out on the floor shooting and moving around and walked over to him.

"So I'm in the game, and we get going and I don't think I scored for the first three or four minutes," Butler said. "I was just trying to get through without tweaking it and was playing very tentatively. I ended up making a layup, and then a jumper and after making my third shot I forgot all about my ankle."

By halftime he had 24, four of those coming from 3, and West Virginia had a commanding 52-34 lead.

It was only two points from matching Wil Robinson's 45 points against Penn State in 1971 and Furman in 1972 for the most ever by a WVU player.

With four minutes to go, sports information director Bryan Messerly walked down to the floor and tapped Huggins on the shoulder and told him that Butler needed just two points to tie Robinson's Coliseum scoring record.

By then, the game was well in hand and Huggins had already taken him out of the game.

"He's playing on one foot. Do you want him out for the rest of the season?" is what Messerly recalled Huggins saying.

"My SID tells me he's got the record so I take him out," he said. "Da'Sean doesn't get the record because my SID can't count!"

Nevertheless, Butler's 43-point performance against Villanova ranks among the most memorable moments in WVU Coliseum history.

Teammate Alex Ruoff was the only guy to play 40 minutes in the game.

"I'm pretty sure I couldn't have done what I did without Cam Thoroughman, John Flowers and those guys out on the court protecting me and making sure nothing happened to me while I was playing," Butler said.

Devin Ebanks was a big help, too, because he was long and athletic enough to come off his man whenever Da'Sean needed help guarding.

In that respect, there is simply no way Da'Sean Butler would have played 38 minutes and scored 43 points if his man wasn't guarded - Bob Huggins simply wouldn't have allowed that to happen.

"My teammates covered for me so well, especially that night," Butler recalled. "I just did a good enough job to make sure I kept my guy in front of me, and if I got beat those guys were flying over to help me.

"I kind of felt like that was the case for my whole career," he added.

Butler admits scoring 43 points against Villanova holds a great source of pride because of what the Wildcats have accomplished through the years. It was a team he always looked up to when he was growing up in Northern New Jersey.

"Randy Foye was from northern New Jersey – a guy I looked up to and respected, and Villanova was a school that played great basketball with these guys," Butler said. "When you see these guys around you playing and performing well at places like Villanova, it motivates you to try and work harder to reach your dreams.

"With Villanova it was never, ‘Oh man, I have to prove something against these guys.' It was more, ‘I can't wait to play against some really good players and coaches.' If I had a point to prove, it would be against a New Jersey school – I proved points against those guys," Butler added.

Butler does believe his Villanova performance his junior season really set him up for what he did as a senior in 2010 when he led the Mountaineers to the Final Four.

That game put him in a much better place with everyone.

"Yeah, it's always good to be trusted," he said. "I had to learn how to work and I had to earn my teammates' respect, and the coaching staff's respect," Butler said.

He did that night. 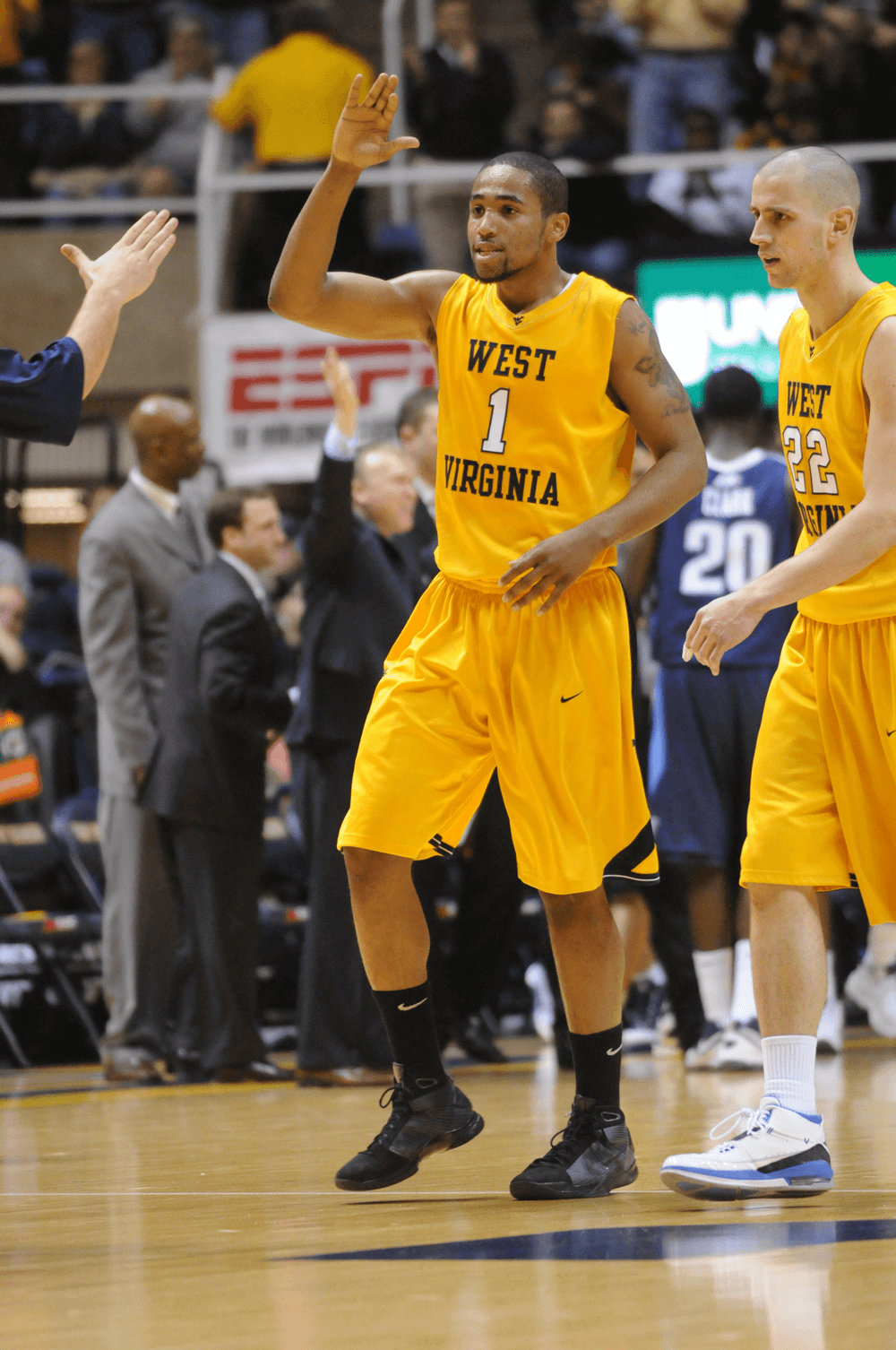 "He’s playing on one foot. Do you want him out for the rest of the season?" 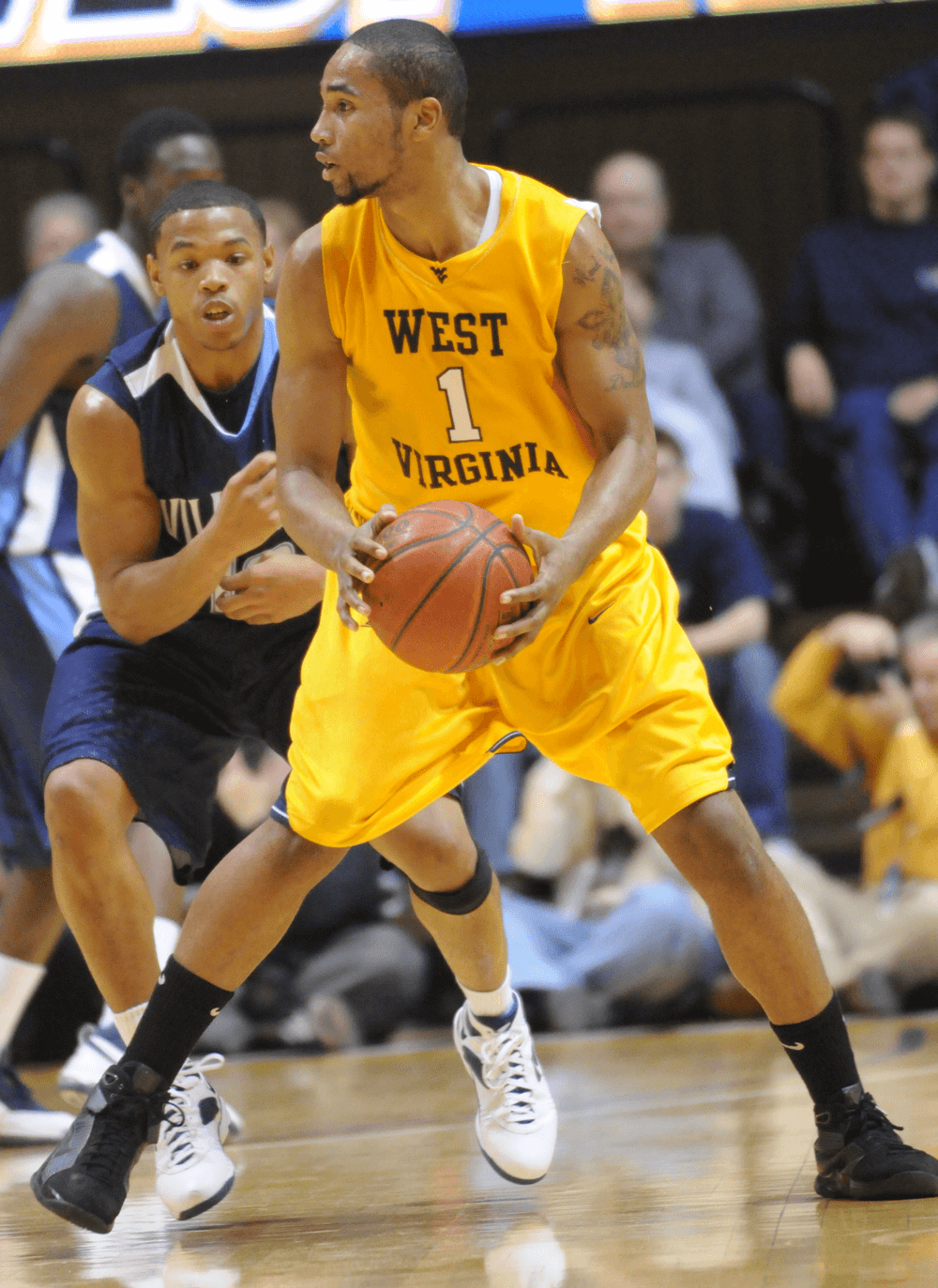 Dec. 7, 1970 – Third-ranked Kentucky was the first nationally ranked opponent to play at the WVU Coliseum before a crowd of 13,323.

Dec. 8, 1970 – The wrestling team competed against Indiana University of Pennsylvania in the first-ever meet at the WVU Coliseum.

Oct. 8, 1971 – A capacity crowd of more than 14,000 watched alum Jerry West and his Los Angeles Lakers take on the New York Knicks in a NBA preseason game. At the time, it was the largest crowd to ever watch an indoor sporting event in the state of West Virginia.

Feb. 24, 1971 – All-America guard Wil Robinson scored the most points ever by a WVU player at the WVU Coliseum when he dropped 45 on Penn State in a 101-89 Mountaineer victory.

March 16-19, 1972 – The WVU Coliseum was the host site for the 1972 NCAA Eastern Regionals with Penn, Villanova, North Carolina and South Carolina taking part.

Dec. 1, 1973 – WVU employed an all-black starting lineup against Pitt for the first time in school history in an 82-78 win over the Panthers at the WVU Coliseum. Starting that night for Sonny Moran were Levi Phillips, Eartha Faust, Jerome Anderson, Larry Carr and Warren Baker.

Jan. 26, 1974 – The women’s gymnastics team had its first-ever competition in the WVU Coliseum against Fairmont State.

March 7-8, 1975 – The WVU Coliseum was the host venue for the 1975 ECAC men’s basketball championships, won by Georgetown on a last-second shot to defeat West Virginia 62-61. It was legendary coach John Thompson’s first NCAA trip during his Hall of Fame coaching career.

March 16-17, 1979 – Women’s gymnastics was host of the 14-team Midwestern Gymnastics Regionals at the WVU Coliseum, billed at the time as the largest gymnastics meet ever in the state of West Virginia.

Feb. 17, 1980 – Women’s basketball’s first-ever game against a nationally ranked opponent at the WVU Coliseum also resulted in its first-ever victory against a ranked team in the building when the Mountaineers knocked off 17th-ranked Villanova 81-77.

Feb. 4, 1982 – West Virginia played its first-ever game as a nationally ranked team at the WVU Coliseum, the 18th-ranked Mountaineers defeating Rutgers 59-53 before 14,331 fans.

March 10, 1984 – West Virginia defeated St. Bonaventure 59-56 in the Atlantic 10 Tournament Championship game played at the WVU Coliseum to earn an automatic bid to the NCAA Tournament.

March 5-9, 1988 – West Virginia was the host site of the 1988 Atlantic 10 Men’s Basketball Tournament Championship with No. 1-seeded Temple outlasting second-seeded Rhode Island in the championship game.

Dec. 2, 1995 – West Virginia faced sixth-ranked Georgetown in the first-ever BIG EAST game played at the WVU Coliseum. The Hoyas came back to defeat the Mountaineers in overtime.

Jan. 26, 1997 – Women’s basketball faced the No. 1-ranked team in the country for the first time at the Coliseum when top-ranked Connecticut downed coach Susan Walvius’ Mountaineers 91-54.

Jan. 5, 1998 – The first-ever ESPN Big Monday telecast from the WVU Coliseum resulted in an 81-70 victory over Georgetown.

Dec. 19, 2005 – Guard Meg Bulger’s 38 points in an 82-39 victory over Cleveland State were the most points a Mountaineer women’s player ever scored at the WVU Coliseum.

Nov. 26, 2005 – West Virginia officially retired Hall of Fame guard Jerry West’s No. 44 during a ceremony before the Mountaineers played LSU at the WVU Coliseum.

Feb. 17, 2007 – West Virginia University officially dedicated a stature of Jerry West outside the WVU Coliseum prior to the Mountaineers’ BIG EAST 81-71 victory over Seton Hall.

Jan. 29, 2008 – Women’s basketball defeated fourth-ranked Rutgers 63-54 for its first-ever victory over a top-five-ranked team at the WVU Coliseum.

Feb. 13, 2009 – All-America guard Da’Sean Butler overcame a badly sprained ankle to pour in 43 points in West Virginia’s 93-72 victory over 13th-ranked Villanova at the WVU Coliseum. It was the only time during Bob Huggins’ long coaching career that he permitted a player who didn’t participate in the pregame walkthrough to play in a game.

Jan. 16, 2010 – For the first time ever at the WVU Coliseum, a matchup featuring two top 10 teams was played when 10th-ranked West Virginia battled fifth-ranked Syracuse.

Feb. 8, 2010 – For the first time ever at the WVU Coliseum, a matchup featuring two top five teams was played when fifth-ranked West Virginia and fourth-ranked Villanova squared off.

Jan. 23, 2010 – All-American guard Hot Rod Hundley’s jersey No. 33 was officially retired before West Virginia’s game against 21st-ranked Ohio State at the WVU Coliseum. The Mountaineers overcame a 12-point halftime deficit to knock off the Buckeyes 71-65.

March 2, 2013 – The largest crowd to ever watch a women’s basketball game in the state of West Virginia took place when 13,447 showed up to watch West Virginia battle No. 1-ranked Baylor.

Coming up Jan. 1, we will examine 50 of the greatest wins in the 50-year history of the WVU Coliseum. 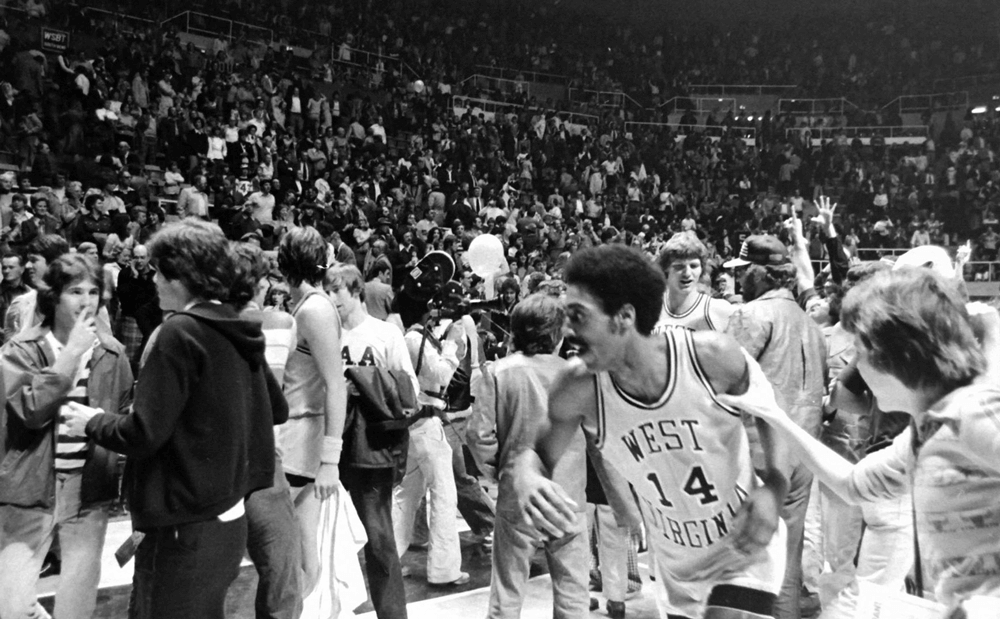 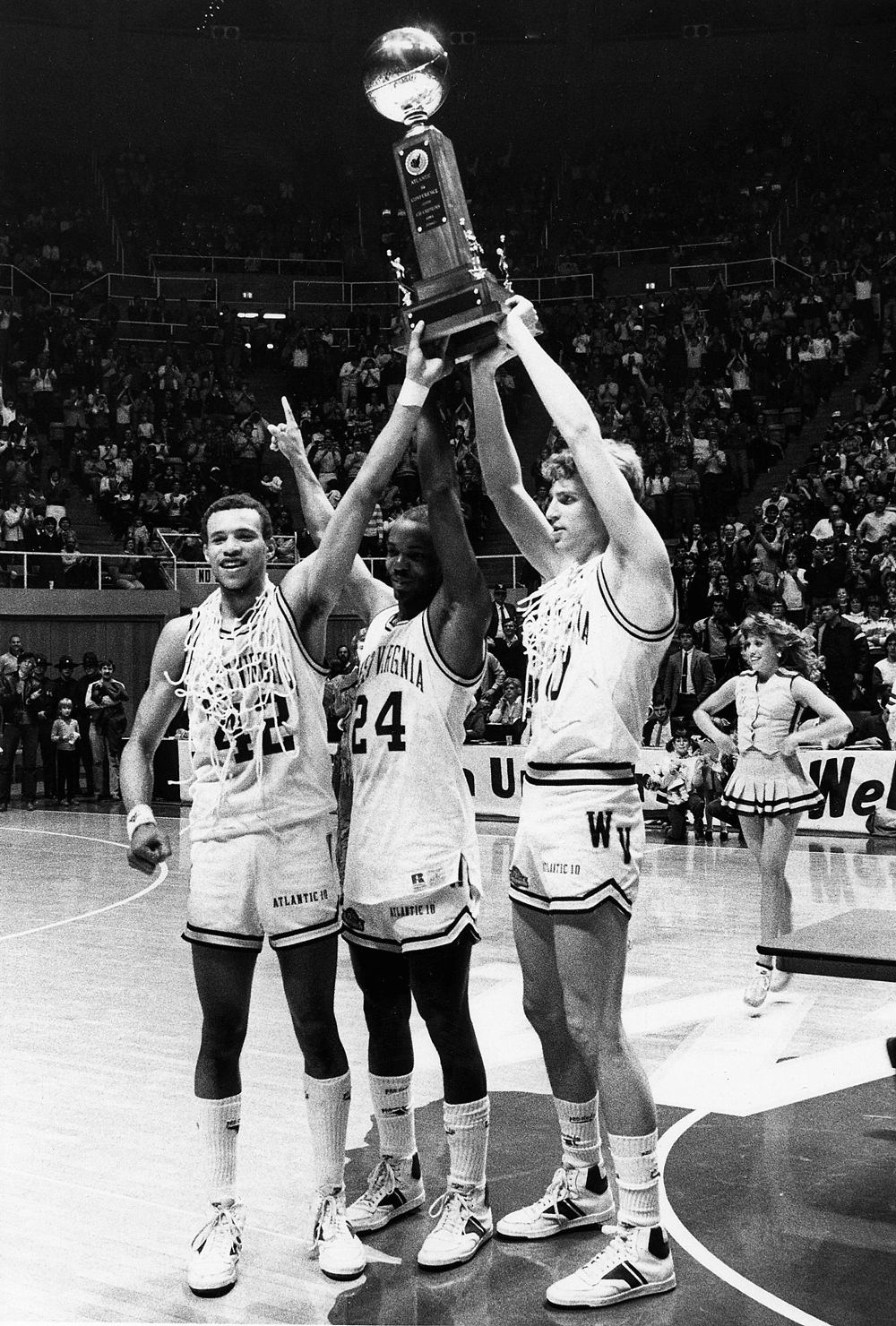 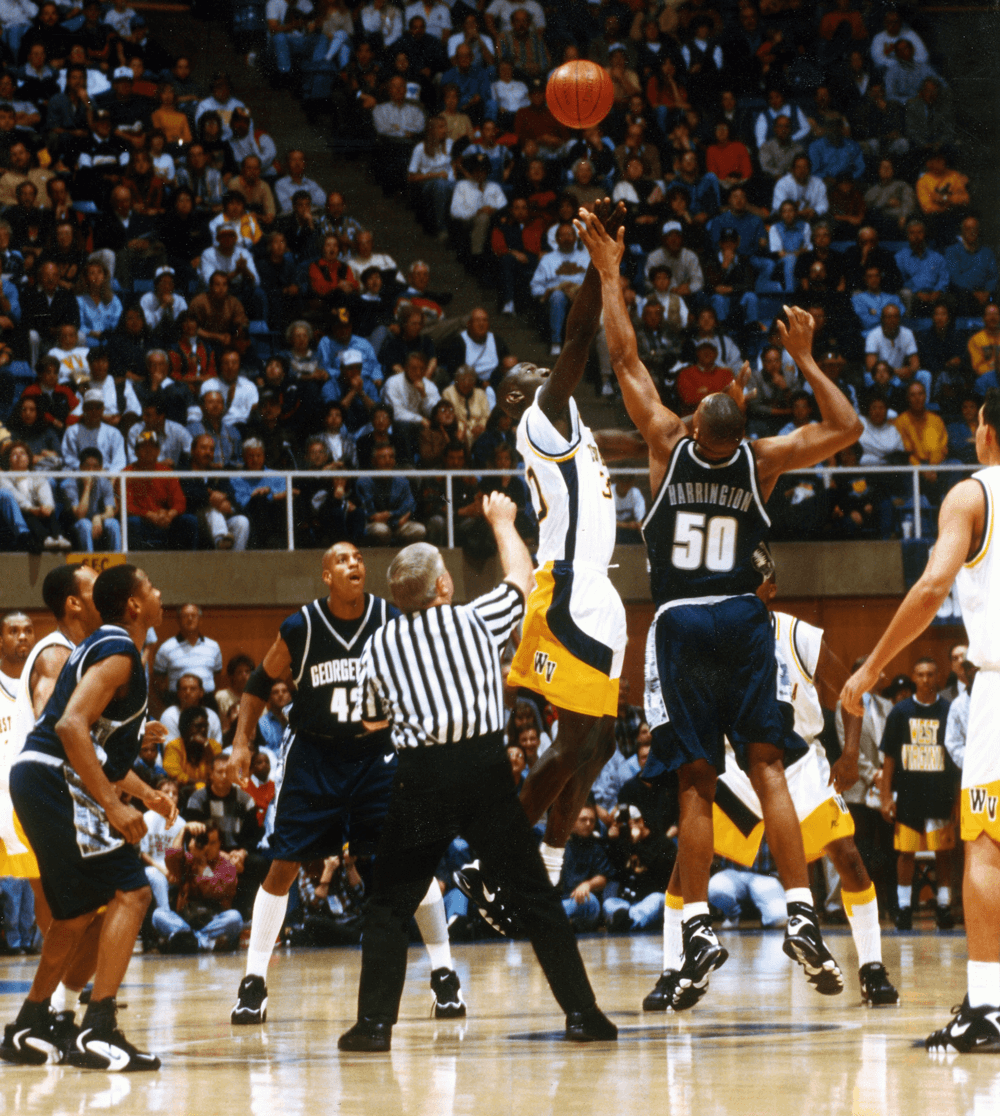 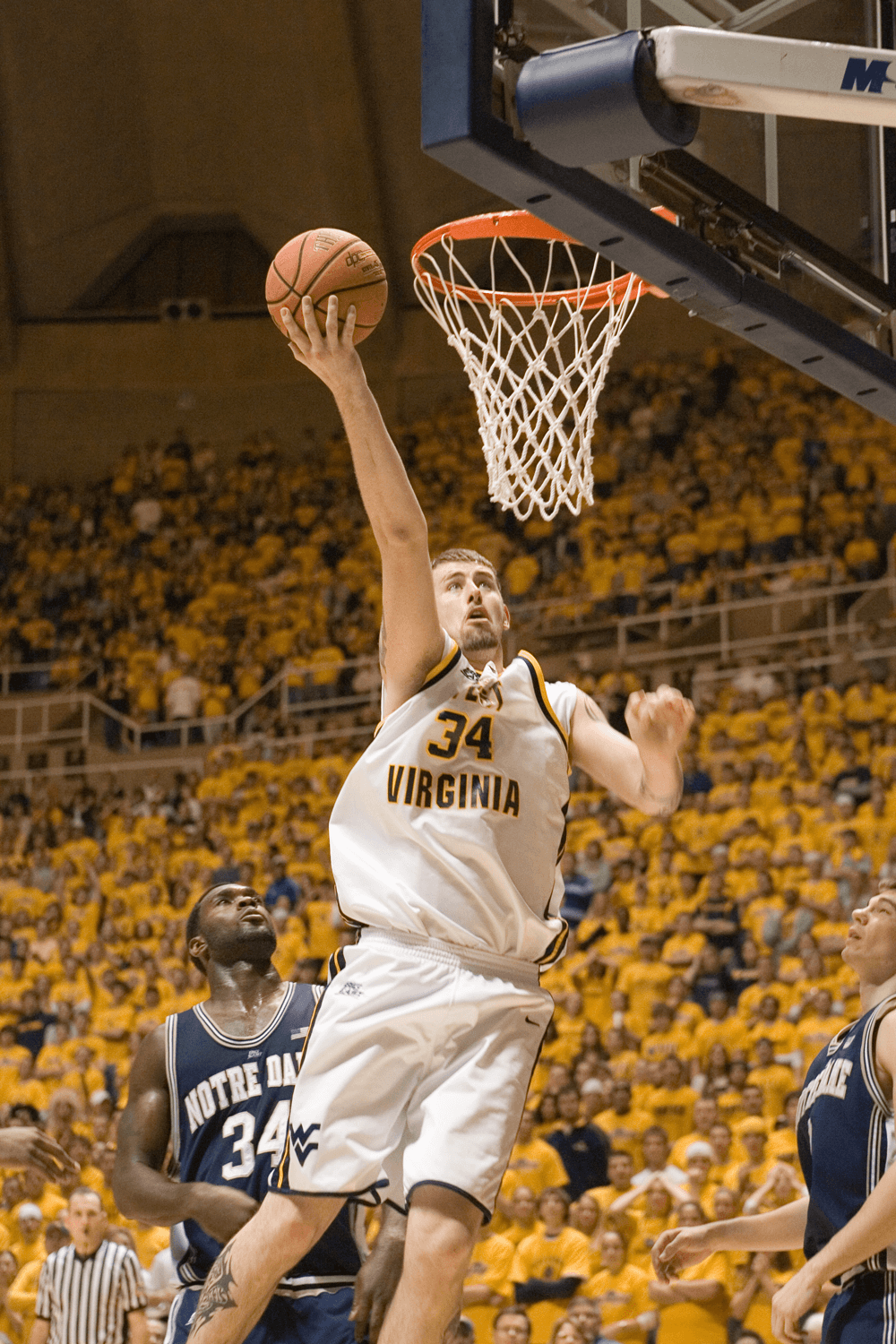 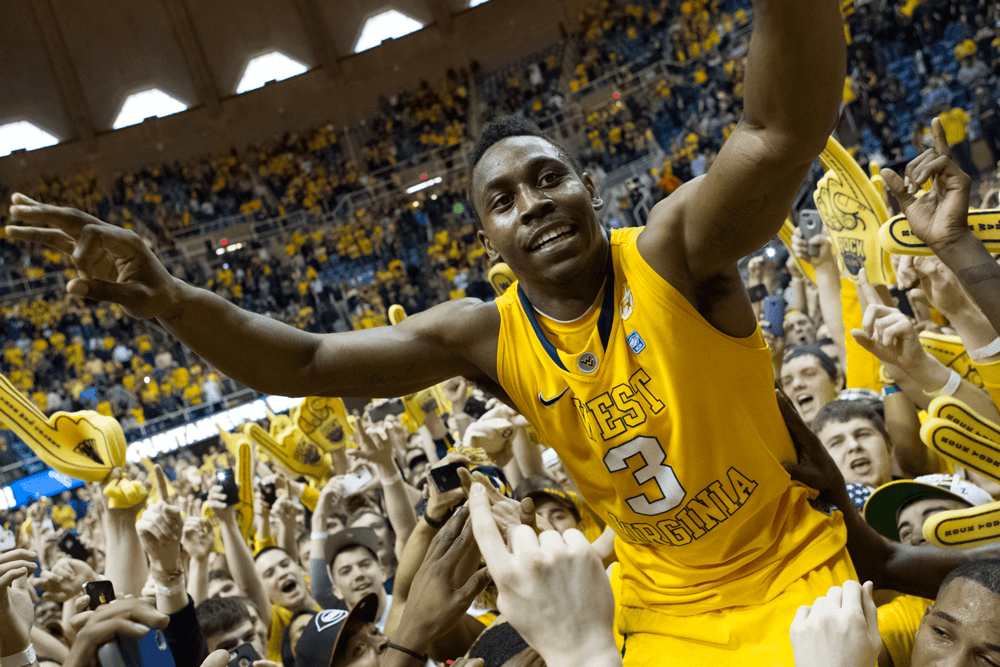 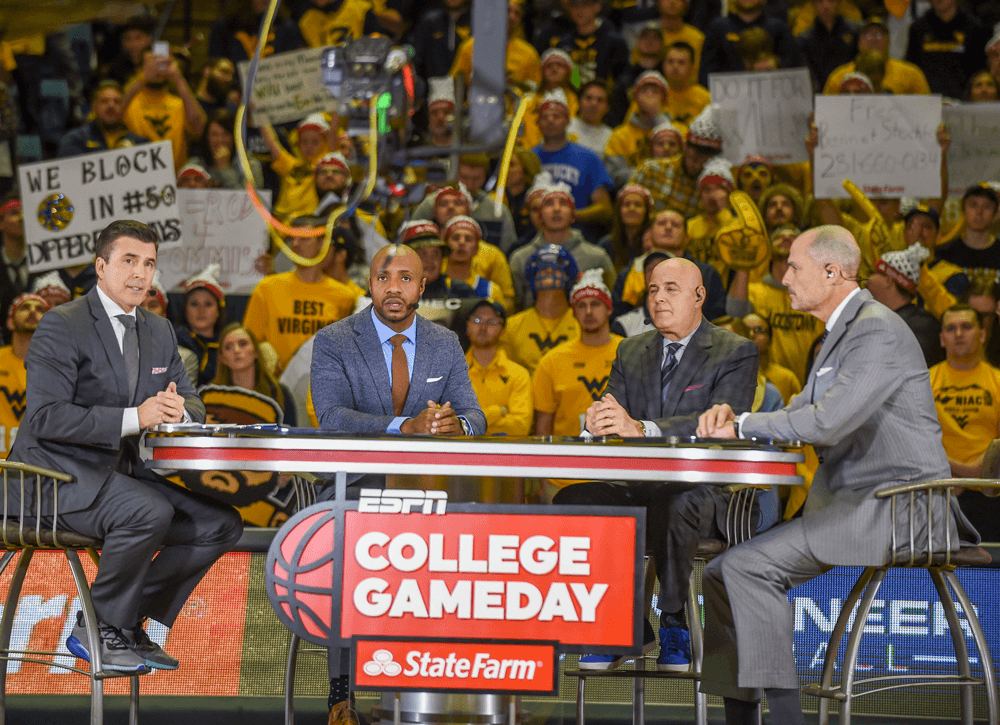 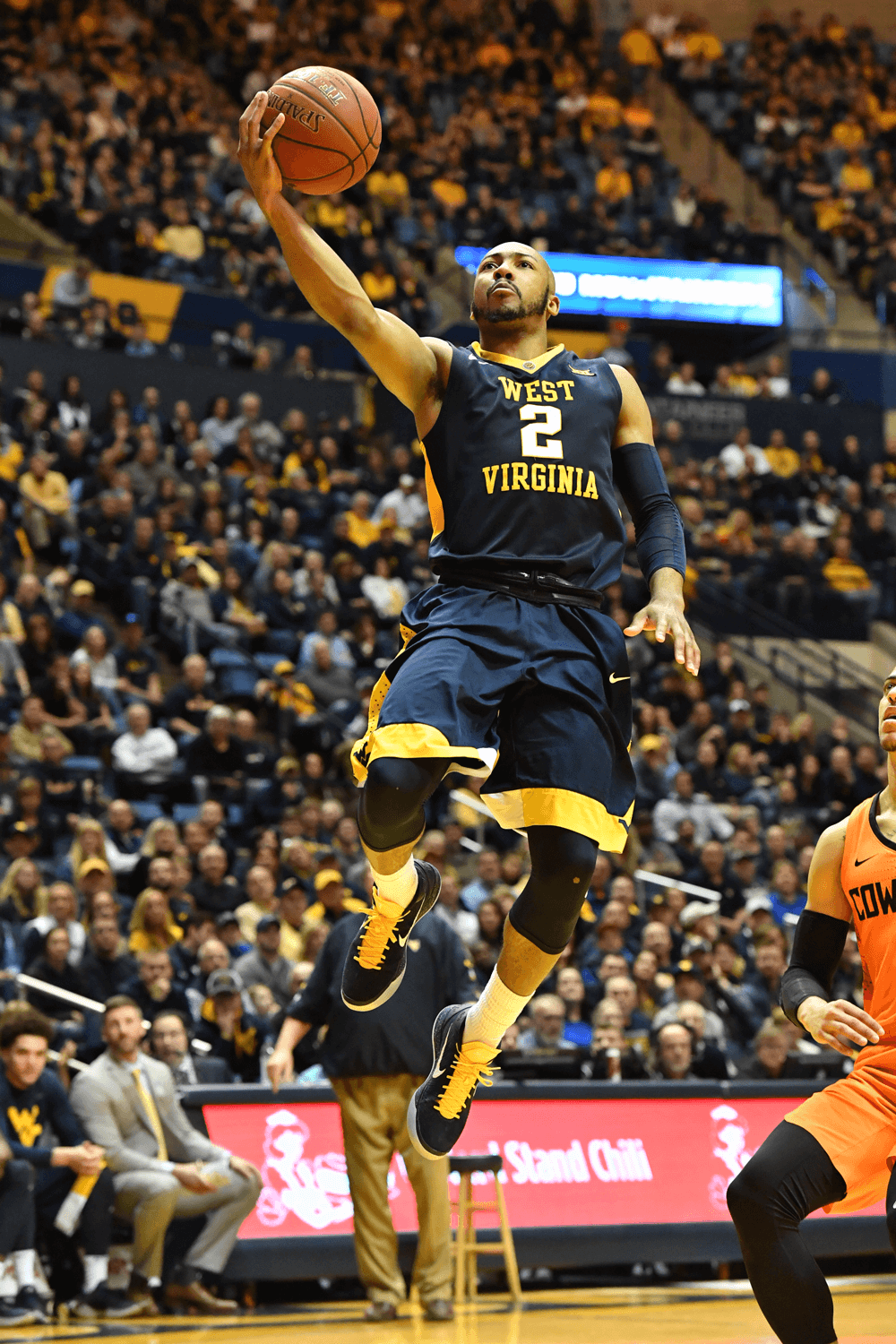 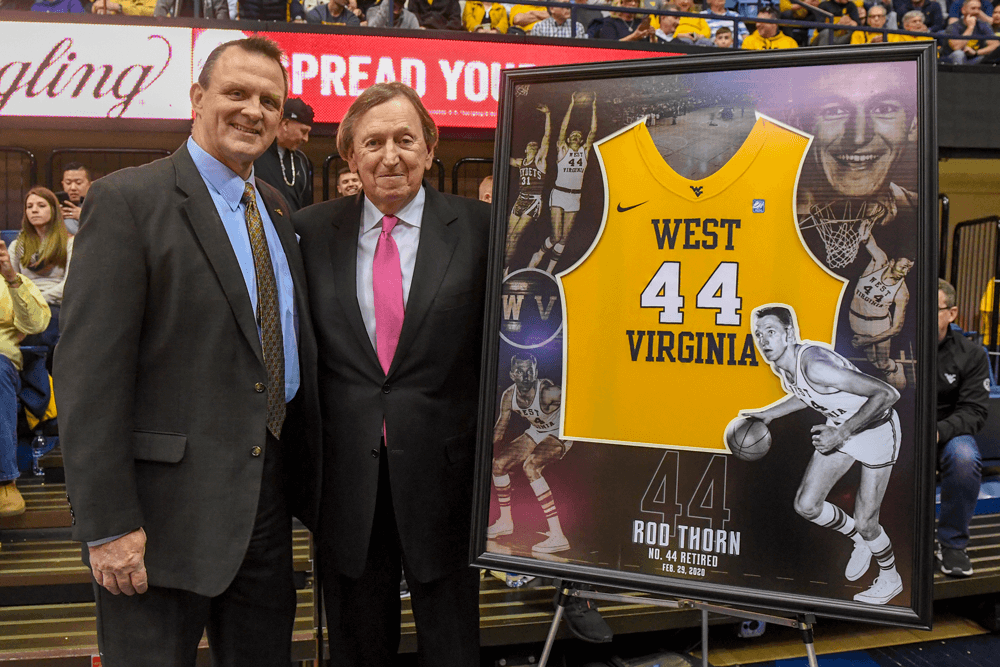